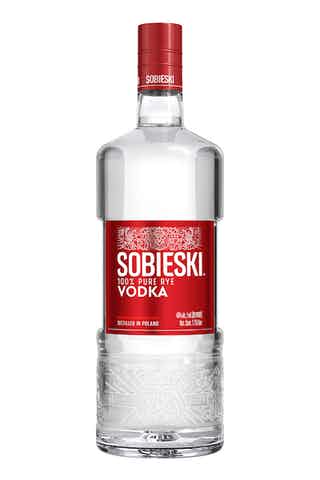 Imported from Poland, Sobieski was inspired from the iconic king Sobieski, who defended Europe against the Ottomans. It is made with 100% Pure Rye. Crystalline water gives it an unmistakable silkiness, and continuous rectification, in the highest column still in Europe, creates one of the purest, smoothest vodkas in the world. As Rye Vodka, Sobieski is distinctive and different. No wonder why experts describe Sobieski as Real Vodka. How to drink Sobieski? Up to you! Too many ways to appreciate it: neat, with ice, in a cocktail… your way is the right way!